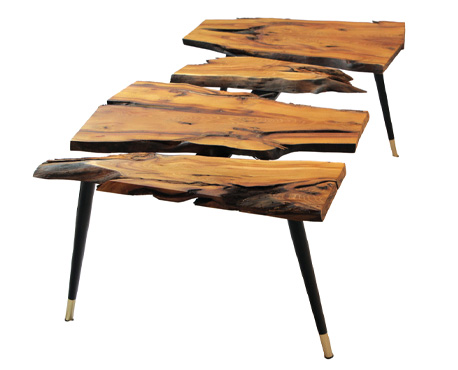 The Osage-orange (Maclura Pomifera) Bowwood/ Hedge apple tree is an ancient tree and a prehistoric survivor. Back when the woolly mammoth roamed these parts it's believed that the fruit of the Osage Orange (hedge balls/ hedge apples) were food for mammoths, mastodons, sloths and other giant prehistoric Ice Age herbivores. As humans replaced mammoth, the Osage-orange remained important but not for its fruit. The importance was turned to its wood which is hard, dense and rot resistant. Native Americans prized its strength and resilience for bow making.

As American pioneers displaced Native American tribesmen the Osage-orange trees remained valued by the pioneer farmers who used the trees as vegetative fence to keep their livestock in. The limbs of the young trees could be woven together to make an impenetrable barrier. settlers called the trees hedges because of the field barriers that they could create.

The Osage-orange belongs to the species Moraceae! The Mulberry family close relative to fig trees and the bread fruit tree. Mainly named Osage Orange as it was common in the land of the Osage Indian tribe. The tree can be found throughout the red river basin areas of Texas, Oklahoma and Arkansas.

The beautiful wood from this wonderful tree was chosen and repurposed by SalvEDGEd for its story of strength and resilience. A prehistoric beauty that has withstood the test of time.

This coffee table was created to be a floating table that is extremely unique and durable with reinforced steel plates. No stain was added, the orange colour is 100% natural. The finish was clear and food grade/non-toxic.